"How Information Technology Will Change the way You Practice Medicine."

The event was held on on Saturday, January 27, 2001 from 9:00 am to 1:30 pm in the Grand Horizon Room at Covell Commons. The topic this year was "How Information Technology Will Change the way You Practice Medicine." This was the fifth year for this event, and if past conferences are any guide, this was a very special and informative day and therefore, we strongly encouraged people to attend the symposium. It presented information of significant interest to all those in the health professions, especially relevant for your training in your third and fourth years of medical school but, most importantly, for your future roles as physicians in the 21st Century. Topics discussed by the distinguished panel of speakers include a description of future technologies, e.g. online medical records and clinical decision support systems; the barriers to implementing such technologies; who will have access to these technologies; how the new technologies will affect the quality of care; and how they will impact the physician-patient relationship.

The students and faculty advisors who organized the symposium made special efforts to secure nationally-recognized experts as speakers for this topic, including the keynote, Dr. Kenneth Shine, President of the Institute of Medicine and former Dean of the UCLA School of Medicine . Dr. Shine has been a national leader in framing the debate over medical quality and decision-making, and he was an outstanding keynote speaker for this event. Lunch will be provided.

Directors (Bios are for archival purposes)

The five directors of the UCLA Health Care Symposium are second year medical students at the UCLA School of Medicine. 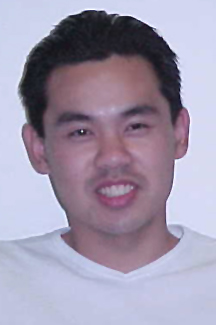 David Chan was an Economics and Mathematics major from the University of California, Riverside. At UCLA he has been fortunate to enroll in coursework that has shed light on our health care system and policymaking. He plans to pursue internal medicine, with an interest in taking part in the future changes of our health care system.

Andy deLuna graduated from UCLA in 1999 with a B.S. in Microbiology and Molecular Genetics and a B.A. in International Development Studies. He is interested in the policy and economics of tertiary health care. 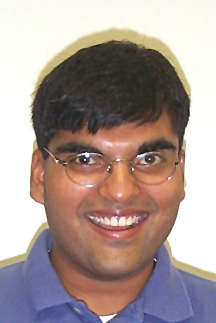 Bobby Mathew graduated with a BS in Psychobiology and a minor in Health Services Administration from the University of Southern California in 1999. He completed the UCLA administrative fellowship in medical administration during the summer of 2000. During the fellowship, he worked in the Managed Care Contracts Department of UCLA Medical Center/ UCLA Medical Group. He hopes to pursue a career dedicated to clinical medicine and innovations in health services delivery. 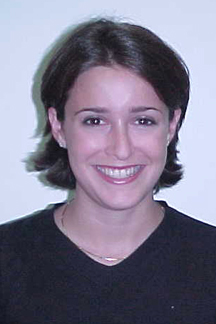 Stephanie Smooke graduated with a BA in History of Art from Yale University in 1998 and earned a Masters Degree in Art and Archaeology from the University of London in 1999. She completed the UCLA administrative fellowship in medical administration during the summer of 2000 and serves as a coordinator for DOC STATS, a volunteer organization dedicated to teaching tobacco awareness as well as a coordinator of the Future of Medicine and Bio-Medical Ethics interest group. 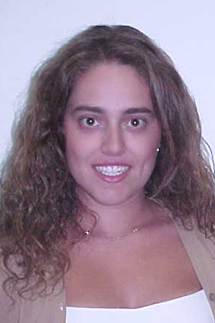 Gelareh Zargaraff was a second-year medical student at UCLA School of Medicine. She graduated from UCLA in 1999 with a B.S. in biochemistry and a minor in Education. Gelareh has worked extensively with the homeless and underserved community. She has also served as a tutor, mentor, and counselor to UCLA undergraduates. She hopes to pursue a career in teaching and medical education.

Dr. Gerald S. Levey, a nationally recognized leader in both academic medicine and private sector medical affairs, is Provost, Medical Sciences and Dean of the UCLA School of Medicine. As Provost of Medical Sciences at UCLA, he oversees a diverse medical enterprise including the School of Medicine, UCLA Medical Center, and the UCLA Neuropsychiatric Institute and Hospital. Dr. Leavey, a specialist in internal medicine, has a particular interest in issues of the nation's physician suppy and the role of generalist physicians, and serves as co-chair of the National Study of Internal Medicine Manpower. He is a past president of the Association of Professors of Medicine and was a member of the Board of Governors of the American Board of Internal Medicine. Widely known for his research on the thyroid gland, Dr. Leavey was named a Howard Hughes Medical Institute Investigator while at the University of Miami in the 1970s. He has also served as as a consultant to the National Institutes of Health. Dr. Leavey joined UCLA in September 1994, having previously served as senior vice president for medical and scientific affairs at Merck & Co., one of the world's leading pharmaceutical companies. He has held major leadership position throughout his career, including serving as chair of the department of medicine at the University of Pittsburgh School of Medicine. He is a member of the medical honorary society Alpha Omega Alpha, and is a recipient of the Distinguished Alumnus Award from the University of Medicine and Dentistry of New Jersey, where he received his MD in 1961.

Kenneth I. Shine, M.D.
President of the Institute of Medicine
National Academy of Sciences

A cardiologist and physiologist, Dr. Shine received his A.B. from Harvard College in 1957 and his M.D. from Harvard Medical School in 1961. Most of his advanced training was at Massachusetts General Hospital (MGH), where he became Chief Resident in Medicine in 1968. Following his postgraduate training at MGH, he held an appointment as Assistant Professor of Medicine at Harvard Medical School. He moved in 1971 to the UCLA School of Medicine and became Director of the Coronary Care Unit, Chief of the Cardiology Division, and subsequently, Chair of the Department of Medicine. As Dean at UCLA, Dr. Shine stimulated major initiatives in ambulatory education, community service for medical students and faculty, mathematics and science education in the public schools, and the construction of new research facilities funded entirely by the private sector.

Dr. Shine's research interests include metabolic events in the heart muscle, the relation of behavior to heart disease, and emergency medicine. He participated in efforts to prove the value of cardiopulmonary resuscitation following a heart attack, and in establishing the 911 emergency telephone number in the multijurisdictional Los Angeles area. Dr. Shine is the author of numerous articles and scientific papers in the area of heart physiology and clinical research.

Dr. Mike McCoy is Associate Dean for Information Technology for the UCLA School of Medicine, Chief Information Officer of UCLA Healthcare, and an Associate Clinical Professor of Medicine. He graduated from Stanford University School of Medicine in 1981, completed internal medicine residency at UCLA Medical Center, and was a Robert Woods Johnson Clinical Scholar at UCLA from 1984 through 1986. In 1986, Dr. McCoy joined the General Internal Medicine faculty at UCLA.

Dr. Drant’s interests in information technology include the use of personal digital assistants (ex. Palm Pilot) to improve efficiency and reduce the amount of time required to complete medical documentation and telemedicine. Dr. Drant is currently involved in a telemedicine program in which Antelope Valley Hospital can perform ultrasounds of structurally abnormal hearts and send real-time imaging data to UCLA to assist in diagnosis.

Dr. Bruce Hensel is the multi-award-winning medical, health and science editor/reporter for NBC-4’s "Channel 4 News." In addition to his daily medical reports, he is also the host of "4 Your Health," a series of half hour specials featuring the latest in medical breakthroughs, information and technology.

Dr. Hensel graduated from UCLA with a bachelor of arts degree in political theory. He studied journalism at UCLA and Columbia University and attended medical school at Columbia University’s College of Physicians and Surgeons. Dr. Hensel received his internship and residency training at Wadsworth Veterans Administration Hospital and at UCLA. He is board certified in both internal and emergency medicine.

Dr. Hensel is one of the few medical reporters in the country to successfully combine a full-time career as a journalist with an active medical practice. He is the medical/health and science advisor for KFWB radio in Los Angeles and also serves as co-director of two emergency rooms in Southern California, Century City Hospital and San Dimas Community Hospital. Dr. Hensel is an Assistant Professor of Medicine at the UCLA School of Medicine and is the chairman of the American Red Cross Medical Advisory Committee for Health Fair Expo in Southern California. Dr. Hensel is a member of the drkoop.com Medical Advisory Board.

Dr. Hooshang Kangarloo is Professor of Pediatrics as well as Professor of Radiological Sciences in the UCLA School of Medicine. He is the Director of the Telemedicine Division with over ten years experience in the development of new health care plans and electronic applications to medicine. Dr. Kangarloo serves on editorial boards and as a reviewer of several scientific journals. He is the author of several books and book chapters and has written over 200 scientific articles. He is awarded multiple grants from the National Institutes of Health for his efforts in electronic imaging and holds a patent. His concepts related to application of electronic imaging to management of health care has been widely published and covered by national and international news media, including the Los Angeles Times, USA Today, and National Geographic (January 1987).

Dr. Kangarloo has been essential to the development of the UCLA Medical Group, initially functioning as its founding secretary, subsequently Vice-Chair, and finally, Chairman of the Board for the UCLA Medical Group Practice. This group practice is responsible for 800 physicians practicing at UCLA and Los Angeles County.

Dr.Michael Wilkes is Associate Professor of Medicine at the UCLA School of Medicine and is the Senior Chair of the School of Medicine's "Doctoring Curriculum." He is also the Chair elect of the School of Medicine's Faculty Executive Committee. In addition he is the Co-director of the Venice Family Clinic High Risk Teen Clinic and serves as the Co-Chair of the Venice Family Clinic Medical Policy Committee. Michael is the Editor of the WJM (Western Journal of Medicine) and is a regular commentator on health and health care for national public radio. Dr. Wilkes together with Drs. Stuart Slavin, Richard Usatine and Jerome Hoffman developed the Doctoring Curriculum which has served as a model for schools across the nation, in Europe and South America.

The Fifth Annual UCLA Health Care Symposium is funded by GENEROUS CONTRIBUTIONS from: